It was bound in red leather, embossed and with gold writing and inside, on a St Matthew’s Sunday School book plate, an inscription read, ‘To William Breen for good attendance 15th September  1901’. I had no idea who William Breen was, nor where St Matthews Sunday school may have been located.  A Peep behind the scenes by Mrs O.F.Walton had been given to me by my mother when I was around ten years old. I know now that it was what they called a religious tract. That was my mother!  I did start many times but never got past the first couple of pages. Frankly,  it was just too boring. My mother was disappointed. It had, she told me, been her favourite book as a child.

Rain, rain, rain. How mercilessly it fell on the Fair-field ….it started promisingly enough but from thereon it went rapidly downhill. I haven’t given it a thought in decades. How curious that it should have popped into my mind so unexpectedly when I was lying awake last night.  I no longer have the original but manged to find this picture of an identical one.   Thankfully it didn’t put me off reading. I devoured the stories of Enid Blyton as if my life depended on it, my all time favourite being The Secret Island. I read and re-read it long after I had otherwise moved onto more literary tomes.

Before I’d found myself thinking about that book last night, I’d already been planning to write a book-inspired post  about one I finished reading yesterday. It was one of those can’t-put-it-down books, started only on Saturday morning. I’d bought it ready for a forthcoming holiday but fancied a lie-in and what better than to do so with a good book.  I’ve enjoyed many of Diane Chamberlain’s books, but none more than this one.  I hate the way that some reviewers actually write a synopsis of the story rather than an opinion of why it works so I’ve no intention of telling you the ins and outs except to say that it is set in North Carolina during 1940s polio epidemic which swept across the state. Set amid the real-life ‘Miracle of Hickory’ where one town turned a children’s camp into an emergency polio hospital in just 55 hours, the story explores issues such as race and religion, class and cultural differences. It’s a love story quite unlike any other….and that’s no mean feat in itself.   I hesitate to recommend books without knowing other people’s preferences because what we each enjoy is very subjective. But if you like well researched 20th century history as a backdrop,  well-drawn characters and a cracking good story, this might be one for you. 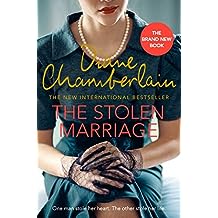 The blurb on the back

In 1944, Tess DeMello abruptly ends her engagement to the love of her life, marries a mysterious stranger and moves to Hickory, North Carolina. Tess’s new husband, Henry Kraft, is a secretive man who often stays out all night and Tess quickly comes to realize that she is now trapped in a strange and loveless marriage.

The people of Hickory love and respect Henry and see Tess as an outsider, treating her with suspicion and disdain. What does everyone know about Henry that she does not?

When a polio epidemic strikes the town, taking the lives of some of its children, the townspeople band together to quickly build a polio hospital. Tess, who has a nursing degree, bucks Henry’s wishes and begins to work at the hospital. As Henry’s actions grow more baffling and alarming by the day, can she untangle her husband’s mysterious behaviour and save her own life?