Back to Back History

Who’d have thought that the squalor and poverty of a Birmingham slum would pass muster as a great day out?  Hurst Street in central Birmingham (right next door to the Hippodrome Theatre) is home to one of England’s last surviving examples of courtyard style back-to-back housing. Built one room deep, the back-to-back houses shared a rear wall which allowed no through air and the resulting damp conditions made them horribly unhealthy places in which to live. They were overcrowded, insanitary and infested by vermin.

Encouraged by the Government’s 1930 Housing Act to improve housing stock, Local Authorities began slum clearance programmes which would continue for several decades. Slowly, back-to-back houses were bulldozed and with them a major part of British social history. Included were the former homes of almost one hundred and seventy five thousand Birmingham residents, but as the new Millennium approached, Birmingham Conservation Trust became concerned at the folly of destroying every last piece of the city’s past and sought to save the final court.  By chance, Hurst Street’s Court 15  had survived thus far thanks to the fact that those buildings which were street-facing had accommodated several commercial businesses which had remained trading until the late 1990s.

The National Trust, in a divergence from its usual profile, agreed with the conservationists that such houses were as equally important to our heritage as the ‘Downton Abbeys’ and as a result, in a joint project between the two, Court 15 was painstakingly restored to offer an intimate glimpse in to the past and preserving the history of these homes.  George Saunders tailors was one of the last remaining shops and has been preserved to form part of the exhibition.

How it looks from the outside 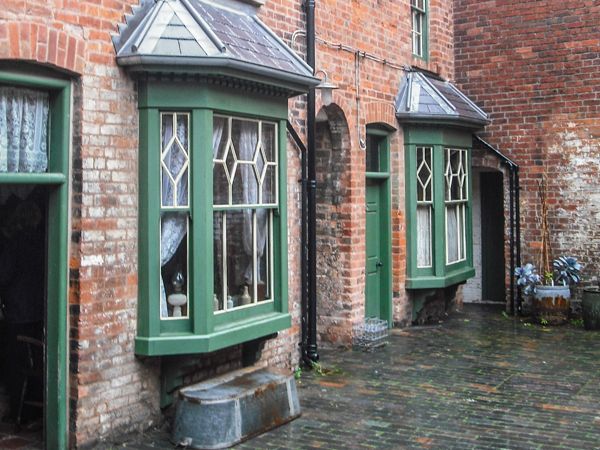 Each authentically-restored house depicts a different era from the early 1800s through to the 1930s. We gained a real feel for changing life through the years and, for some older visitors, many small details will surely invoke memories of a grandparent’s home. Outside in the communal courtyard are the wash house and two privvies (toilets) which would have been used by as many as fifteen families. It seems inconceivable today that water had to be collected by bucket from the standpipe two streets away.

The communal wash house and privvies 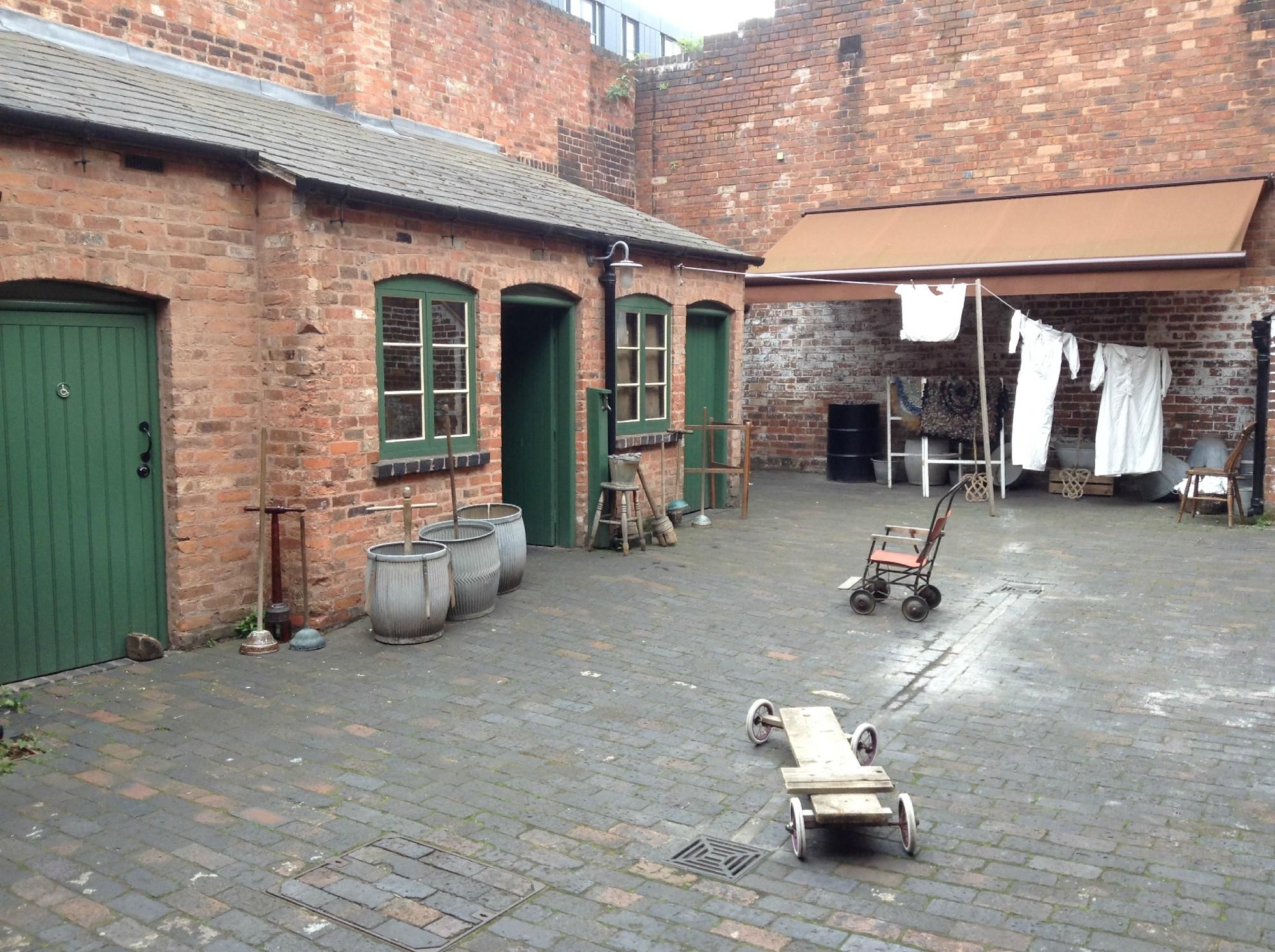 What makes the Birmingham Back-to Backs so special is that, unlike most other National Trust properties, there are no ‘do not touch’ signs. Indeed, the guides encourage children to handle toys and try out the lumpy beds to imagine what it would be like to share them with several siblings and a variety of bugs!  Lighted fires and kitchen tables laden, not with unidentifiable papier-mâché foods but with bowls of real flour, bunches of leeks and daily fresh bread, conjure up the evocative smells and sounds of the past ensuring an eerily real atmosphere.  A guided tour takes around an hour and there is a small museum adjacent. One of the most interesting exhibits is a display of the huge variation of wallpapers stripped from the houses during restoration. More than 140 different designs were salvaged from just eleven houses and in one of them were an astonishing twenty eight layers dating back to the 1850s!   What is particularly touching are the comments in the visitors book from people who actually lived in these houses or remember their grandparents doing so.

I have gazed in wonder at many stately homes, marvelling at the exquisite decor and glorious opulence but never, so much as here, did I truly feel such a connection with the past. Squalor and poverty maybe, but undeniably awesome.

Follow This is Sixty … at the weekend on WordPress.com